A lot is being said about the current refugee crisis in Europe. While the discussion is going on, with good points all around, there are some realities to face. If we believe the Gospel is the power of God to save, we should expect its light to shine no matter what is going on.

According to recent talks at the European Council (where the leaders of the European Union’s member countries meet to define the EU’s overall political direction and priorities), Portugal is to open its borders to 1500 refugees, mostly from Syria. It is very likely, however, that the number will grow rapidly to accommodate more than 3000. (Germany expects 800 000 before the end of the year).

Last week, the president of the largest Catholic charity in Portugal suggested that the banks would donate the houses that have been foreclosed in recent years, to house the refugees that are coming. The outcry was fast to come and expected. If there are Portuguese people losing their homes, due to poverty and the economic crisis, why are they not being helped to be able to keep their homes?

Others are concerned about terrorism and the threats that ISIS has made, in a very public way, about their intentions to conquer the territory in Europe that used to be under Islamic rule. (Portugal is included in these plans, read more about it here.) There is the possibility that ISIS and other terror groups will take advantage of this situation to send trained fighters among the undocumented refugees.

I believe there is a place to discuss all these concerns in the necessary and ongoing conversation. But, in the midst of the discussion, there are some things that can’t be forgotten or denied:

In our everyday Christian life the question is not wether we are taking resources from “our” people to give to “theirs”. The question of wether this crisis is a huge “ISIS Trojan horse” should also have zero influence on how Christians respond to this reality in their day-to-day walk with the Lord.

The question for Christians in Europe these days, as it should be every day, is how will I let the Gospel message shine through me in this situation?

Question: What are some practical ideas we can implement so that the Gospel of Christ will shine through us during this refugee crisis? Leave us a comment here, or on Facebook. We always love to hear from you. 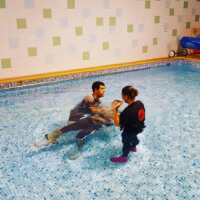