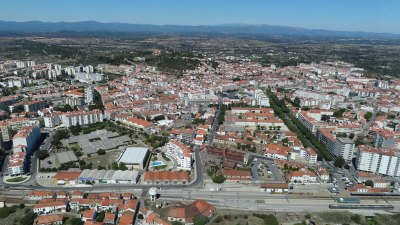 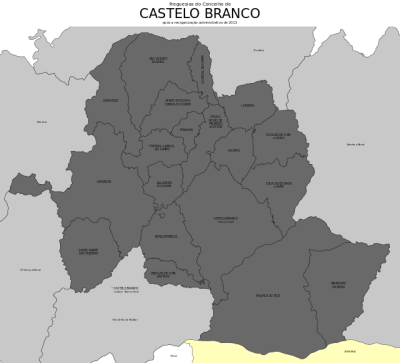 Since the beginning of this month we have been serving in a church plant in the city of Castelo Branco, in the Central region of Portugal.

This church plant has been started by my father-in-law, missionary Allen Newton, along with his wife Barbara. We will be working here until they come back from their furlough in April 2015. My father-in-law told me that if we can have this church established and with its own pastor by then, he would not mind. There are other cities to reach that he has been praying about. Realistically we don’t see this happening, but we will work towards that goal trying not to get in the way of what God wants to do here.

While they are away, we want to pour our hearts and lives into this work and city, like it was our very own ministry. We believe the harvest is the Lord’s and it is our privilege to be in His will.

In this post we want to share with you some information about this city. We believe this will help you pray for the work here.

Castelo Branco (the name means “white castle”) is in Central Portugal, next to the border with Spain. It is not a big city, it has about 50 000 people. It serves as the capital of the district with the same name. There are about 225 000 people in the district.

All the research that we have done tells us that we might be the only church preaching eternal security in the whole district. We are also the only Baptist church.

The connection of this city with the Roman Catholic church has been important since its beginning. The city got its autonomy in 1213, and Pope Innocent III confirmed it, along with the name “Castelo Branco”. Around this time the Templars built its wall and castle. The remains of the castle can still be visited today.

Even though we are talking about Western Europe, this city (and the whole country, for that matter) was never reached with the consequences of the Protestant Reformation. If there were any Biblical Christians here before that time, it is also unknown. Please pray that with us that the Gospel message will continue to shine and go forth in this place.

Don’t Put All Your Eggs in the Facebook Basket