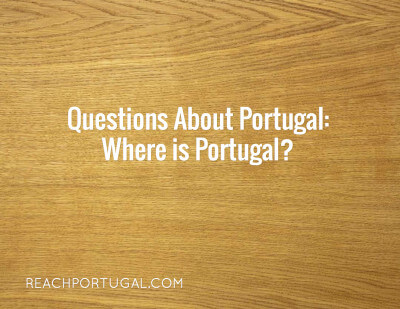 I get asked this question pretty often and it doesn’t bother me. When we were getting ready to come on this trip to the US, one of our goals was to mention Portugal and the need of Portugal where Portugal had never been mentioned before. In a way, and I have even expressed it this way, my goal was to put Portugal on the map of world missions. I understand this is an ongoing goal, but by the grace of God we have been able to see a group of new people praying for the Portuguese souls.

I know some people in Portugal,though, that are upset at the thought of anyone not knowing where Portugal is. It is a normal reaction from anyone that loves their country. And I love my country! The truth is, no matter how big Portugal is in our hearts and minds, that Portugal is a small country. It is slightly bigger than Maine and slightly smaller than Indiana (the average Portuguese person would not be able to point these states on a map, I still can’t!).

Anyway, Portugal is in Europe and shares the Iberian peninsula with Spain, our only neighbors. Portugal is a favorite tourist destiny and many European people make it their home when they retire. The city of Albufeira in Southern Portugal, where we have been ministering, has 40000 people, but in August is can go up to 750000. Portugal is definitely worth the visit. We would love to show you some of the sights.

And finally, lets put Portugal on the map. 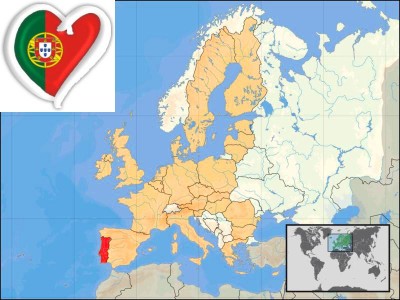 We are here! (3 priorities do address)