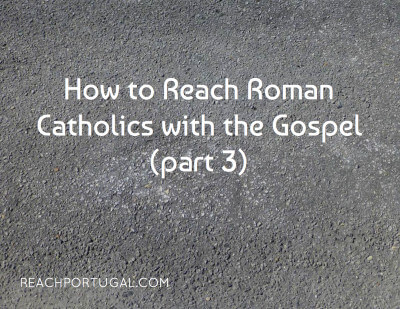 There are several important Bible doctrines that the Roman Catholic Church (RCC) teaches right. It is important to know this because, remember, the goal is to share the good news of salvation with our RC friends. This will be impossible if you come to believe that everything they teach is wrong.

Alexander Pope wrote on one of his poems, “A little learning is a dangerous thing…”. I have found people that even though never exposed to Roman Catholicism, advance armed with conspiracy theory videos, fighting the RCC. To them, everything Catholic is wrong, every Catholic person either an enemy or a victim.

So, I find it important that we understand some important points of contact between the Bible and the RCC. This will help us in our main goal. Sharing the Biblical saving Jesus.

The Bible teaches that God is one God, existing in three persons, the Father, the Son, and the Holy Ghost. This important, and incomprehensible, Bible doctrine is called the Trinity. Roman Catholicism believes in the Trinity as well. Even allowing for the differences that exist in the writings of some of the RCC fathers, it stands that they teach this important truth. One time, years ago, I was trying to share the gospel with a childhood friend. He was familiar with the false teachings of the Jehovah’s witnesses that don’t believe in the Trinity (they teach Jesus was an angel). He had never been around Biblical Christianity. I helped the conversation when he realized that I too believed in the Trinity. He did not get saved that day, but I was able to share the Gospel with him, because he realized we had this doctrine in common.

The Deity of Christ

Connected with the previous point is the fact the officially the RCC teaches the deity of the Lord Jesus Christ. This means that they believe that Jesus is the Almighty God that was made flesh to be able to become our Savior. Nothing in the previous statement is in discordance to RC teaching. However, to believe that Jesus is God is different than to receive Him as Savior. The Lord himself said that the demons believe in His existence and deity. The intelectual knowledge of who He is does not bring salvation to a lost soul.

The Death and Resurrection of Christ

The RCC believes that Jesus was 100% God and 100% man. They believe that He gave His life on the cross of Calvary, was put in a tomb, and rose again from the dead. This teaching is very important because it is the basis of the Gospel message (the death, burial and resurrection of Jesus for our sins). Again, the intelectual knowledge of these things brings no profit without true repentance and faith in the efficacy and sufficiency of the cross as full payment for one’s sins.

Like I said before in this study, there are different voices and positions within the RCC. This is true with the resurrection account as well. Years ago, when a Canadian film maker produced a much hyped documentary on finding human remains that could be the ones of Jesus (the documentary flopped because of the impossibility to prove such a claim), there was a RC priest that published an article in a Portuguese newspaper. In this article, this priest said that even if they were to find Jesus’ bones, that would not change his faith. That seems so different to what the Apostle Paul said when he declared that without the resurrection our faith is in vain and there is no eternal life. Contrary to that priest, I know they will not find His bones. The tomb is empty!

The main point to convey is that no amount of religion can serve as provision against the consequences of sinning against a holy and righteous God. There is no amount of charity or good works that can compensate for one’s sins and buy someone’s way to heaven. Jesus is the only way. He paid the price for our sins. Sinners are invited to repent and turn to Him. As long as there are people believing in religion and good works for their salvation, the gospel will need to be shared. Believe me, I was there.

The Need for New Testament Mentorship