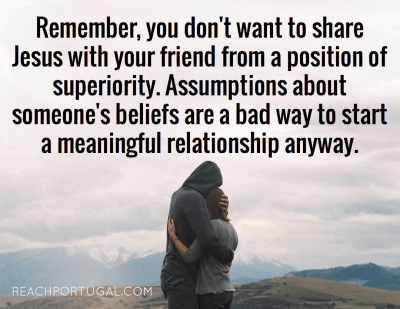 [You can read part 1 by clicking here]

What you must know about the RCC

The RCC is not a uniform group

From the outside, you might be led to think that the Roman Catholic Church (RCC) is an uniform group. Nothing could be further from the truth. Within the larger umbrella of the RCC you find groups with different beliefs. If you are trying to share the good news of salvation with a Roman Catholic friend, you can’t assume that you know what he believes. Your friend might believe differently from everything that you have heard Roman Catholics believe, and still be a Roman Catholic. Remember, you don’t want to share Jesus with your friend from a position of superiority. Assumptions about someone’s beliefs are a bad way to start a meaningful relationship anyway.

Let me give you some examples of what I am talking about:

You might think that, in order to witness to a given RCC person, you will have to find out, before you give them the Gospel, exactly what “flavor” of RC they are. This is not true. The reason I mention these differences is not so that you can adapt the Gospel message. We need to be aware of these difference as another reason to stay away from “one-size-fits-all” statements that some people think will give you the victory every time you start a conversation with a Roman Catholic person. Let me save you the embarrassment and the blank looks. That phrase you picked up on a three minute Youtube video only applies to a small number of people within the RCC. So, what people need is the simple Gospel message. During the course of this study, we will discuss ways we can share this message effectively with a Roman Catholic person.

The problem of Conceptual Confusion

Whenever sharing the Gospel message with a RC person, the problem of conceptual confusion is a major issue. I probably will not deal with it the way it deserves. But, if you don’t get anything else out of this abbreviated discussion, please understand that just because someone uses the same words (concepts) and you, does not mean they are saying the same thing (confusion).

I have a RC friend (yes, you can have friends that believe different than you, you should try it) that, because he used to go to a protestant Sunday School when he was a kid, we says things like, “I believe Jesus is my personal Lord and Savior”. When you hear something like that, you might feel led to think, “he is a believer, my work is done”. Despite what he says (and I have not lost hope in the salvation of this good friend of mine), I know that he is still trusting his good works to take him to Heaven. He says the right words, but they mean something different.

Terms like faith, forgiveness, receiving Jesus, confession, baptism have very different meanings in the RCC and it is up to us to present the Gospel message in a way that is simple. Sometimes, the only way to navigate through all the conceptual confusion is to just spend as much time as you can with the person you are witnessing to.

[Continue to part 3 by clicking here]

Alex is in Heaven

Everything Portugal: Bundle of Resources