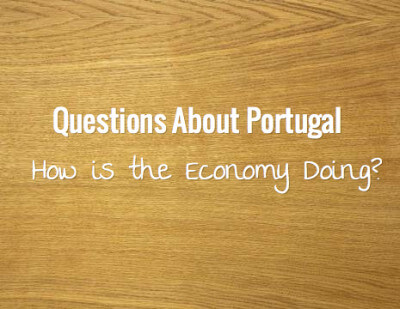 One of the questions that people ask us the most is, “how is the economy doing in Portugal?” This is an important question because one of the ways to use to get to know a people and a culture is the way people live in that country.

Portugal was not ready for the crisis that came in 2008. As a result, the country almost went bankrupt (they also call it going into default) and had to be put under a bailout program. The situation was very similar to that of Greece with several people calling for these countries to leave the number of those countries using the Euro as their currency. As a result of the bailout program, taxes went up, salaries and pensions were cut and unemployment grew even more. Portugal is still using the Euro as their currency.

Here are some facts to let you understand a little bit more about the Portuguese economy:

On our First Sunday Back

41 Things You Didn’t Know About Portugal