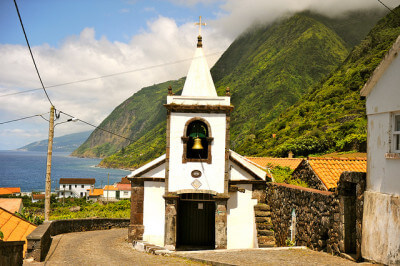 We get asked that question a lot and the easy answer is no, in Portugal there is no religious persecution. The laws in Portugal give each person freedom to choose what religion to follow. When the present constitution was approved in 1975, Portugal became a country with no official state religion. As for the population, 81% of the country is Roman Catholic and there are less than 1% born again Christian believers.

Because the laws in Portugal allow freedom of religion, we have had no problems meeting as Christians, organizing churches, performing weddings and funerals, witnessing, etc. In view of the persecutions that we hear about in other parts of the world, it would be totally unfair to describe the few hardships we’ve had in Portugal as persecution.

Because of its history, Portugal has very close ties with the Roman Catholic church and the culture is very much influenced by this religion. Sometimes people assume that only Catholics can do a certain thing, but that is cultural and not legal. Here are a few examples of things that we have experienced because of the cultural bias in favor of the Roman Catholic Church:

Like I said, these events cannot be considered persecution. They are only minor cultural constraints. For the most part, Portugal is, for now, a wide open door of opportunity to share the Gospel of salvation through Jesus Christ.