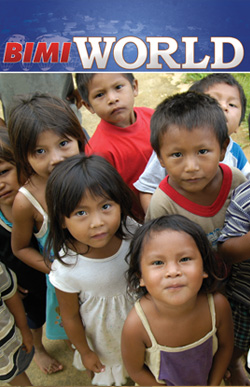 It is very common for families living in Ireland or Great Britain to take what is often referred to as a “Sun Holiday”. Last summer my family and I took our “Sun Holiday” to the country of Portugal.

Portugal is located in the most Southwestern corner of Europe located between Spain and the Atlantic Ocean. When we arrived we found the people in Portugal friendly and warm, as the Portuguese sun.

Having grown up in eastern Massachusetts many people in my life were Americans of Portuguese descent. My best friend growing up was a boy named Tony whose parents were from the Azore islands off the cost of Portugal. The Pastor who led me to the Lord Jesus Christ was a Portuguese-American. The man who discipled me and mentored me was a Portugese-American. Many Portugese-Americans are fluent in the Portugese language. Could God be calling some of you to return to the land of their ancestry for the cause of Jesus Christ?

With an estimated population in 2012 of 10.5 million people. Portugal has a great spiritual need and there is much work to be done. We were able to visit with national missionary Mark Pereira. Brother Mark told us that there were only 7 independent Baptist missionaries in the land of Portugal. [Note: there are about 7 American missionary works, with about 10 missionary families.] In the land where the “vision of Fatima” took place in the midst of World War I, false Christianity has its strong hold.

There are other people groups to reach in Portugal with the gospel. There is Brazilian and Angolan populations to reach for Christ. Also a large British presence in Portugal seeking a warmer place to retire.

I met many Brazilians whom God brought all the way from the most evangelized country in South America to be saved in Portugal.

Having preached in Romania, Hungary, Ukraine, Germany, Italy, Scotland, England and Ireland, there is a great need across the European Continent. Will you ask God to send laborers to Portugal?

Missions and the Local Church (Part 2)